🌤 15C Monday 22nd August 2022 ~ With Dazza on the early flight to Birmingham from Aberdeen, it was a good opportunity to head up the coast once I'd dropped her off. Having watched a stunning sunrise on route to Rattray it was well up when I arrived, having stopped at MacDonalds Peterhead for an egg McMuffin breakfast.
The first species of note as I arrived at the cottages car park was a Wheatear, which flew up onto the fence as I was parking up. Little did I know at this point that this would be one of at least 30 seen today! By the time I'd checked out the bushes and trees around the cottages, I'd already registered five.
The walk down to the shoreline and lighthouse held more birds and when I finally reached the shoreline 4 were perched up along the rocky outcrop. There was yet more down on the beach!!
The sea was particularly calm and there must have been a fish shoal just offshore as the Shags & Cormorants were enjoying a feeding frenzy, along with several diving Gannets, some of which I'm pleased to say were juveniles. Sea watching was challenging due to the strong sunshine but apart from the many Gulls, there was little passage. On the water Eider, Guillemots and the odd Razorbill. Sand Martin, House Martin & Swallow were all recorded and as this is just down the coast from yesterday's Greater Sand Plover (not seen today) I did spend a little time checking out the Sanderling, Ringed Plover and Dunlin but to no avail.
On route back to the car I checked out around 50/60 Golden Plover on the now dry pasture for anything interesting but nothing of note. Meadow Pipit, Stonechat and Buzzard were also noted, along with many Linnets.
A short visit to RSPB Loch of Strathbeg for a look at Starnafin Pools and here the highlights were (4) Osprey, (3) Marsh Harrier and a Peregrine, which hunted twice unsuccessfully over the pools. Waders included (30+) Lapwing (18) Ruff, (7) Dunlin, (11) Snipe, (3) Greenshank and a single Wood Sandpiper.
Other Images of the Day...

NEW Scottish Life-List Since Relocating Permanently to Aberdeenshire in October 2020
Posted by boatbirder at 16:16

🌤 11C Sunday 21st August 2022 ~ With an early morning twitch to St.Combs, Aberdeenshire for a remarkably confiding Greater Sand Plover and back home in time for breakfast It seemed like a perfect opportunity to fire up the blog once more after a short break.
What a fantastic bird just 35miles up the coast and quite at home amongst the many Sanderling, Dunlin and Ringed Plover feeding along the shoreline. A brief stop heading home at RSPB Loch of Strathbeg produced a few goodies too, with (2) Wood Sandpiper, (11) Ruff, (5) Snipe, and numerous Dunlin, all flushed briefly by a passing Marsh Harrier.
It's been a busy summer for Dazza and me with the purchase of the smaller property next door, which we intend to knock through, thus making what should now be our 'forever home'. I've also been out and about attending two trips with the RSPB Aberdeenshire Local Group and spending time along the Ythan Estuary and Muir of Dinnet NNR recording Scotch Argus and Black Darter.

In the past few weeks, wader numbers along the Ythan Estuary have begun to increase. My first Avocet since moving permanently in 2020, quite the rarity here, was noted on the 19th from the Waulkmill Hide and a single Spotted Redshank from Snub Layby. This along with Osprey at least (8) Greenshank (40+) Golden Plover a summer plumage Grey Plover, (11) Black-tailed Godwit many Curlew, Lapwing and huge numbers of Redshank. Sea watching has been a little hit and miss with a few Red-throated Divers now appearing offshore and Whimbrel have been moving through, some groups into double figures. Two Velvet Scoter were also on the sea at Collieston on the 16th.
Sadly it seems that Avain Flu has had a devasting impact with much-reduced numbers of juvenile Gannet passing through and just two sightings of Great Skua (bonxie) thus far. A short sea watch at Girdleness on the 17th produced (18) Manx Shearwater and a single Arctic Skua.
From home the nesting Swifts in the house opposite seemed to have had a good year with 10/15 entertaining us over on most evenings, my final sighting was on Sunday 14th when the weather broke, the same evening as an Osprey passed over heading southeast. Talking of weather, like a lot of England we've had little rain here on the northeast coast and most of the local flooded meadows and fields have dried up. We do have a water advisory in place and the local River Don is as low as I've seen it but not dramatically. Temperatures did hit 30C for a few days (30.3C on my garden weather station) but thankfully we've been a long way off the 40C and high 30s that the south of the UK has endured.

More Images of the Greater Sand Plover & other wildlife during August... 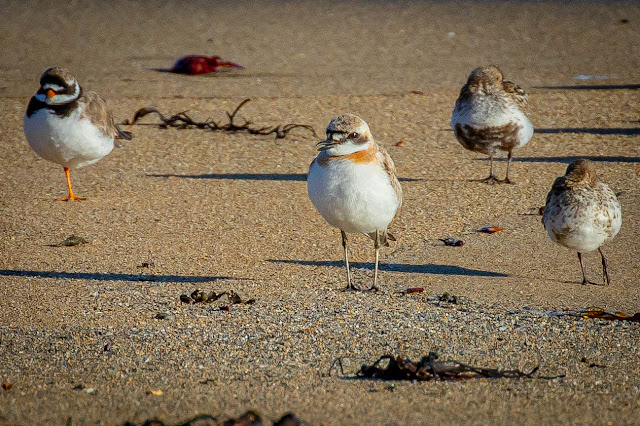 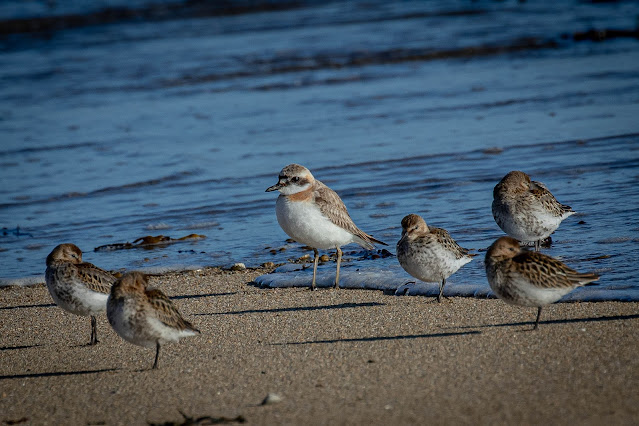 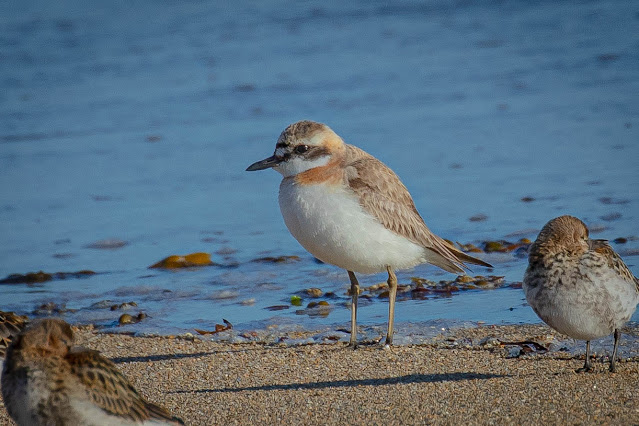 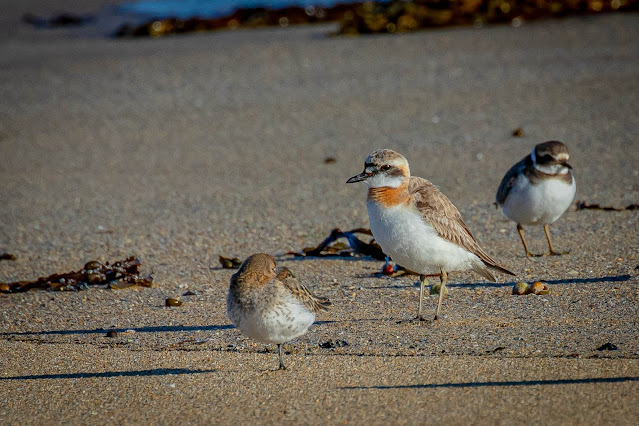 NEW Scottish Life-List Since Relocating Permanently to Aberdeenshire in October 2020
Posted by boatbirder at 14:58