A stop off at Eldernell, Cambridgeshire on route to Norfolk for a few days really paid off today! According to the weather forecast we should have encountered dense fog on route but what transpired was glorious wall to wall sunshine. Even when we arrived at RSPB Titchwell in the late afternoon, not a sign of any fog!

Almost immediately on arrival at Eldernell a Short-eared Owl was quartering the area directly in front of the car park. Within minutes the count was up to four, all showing brilliantly. We spent ages watching, the birds occasionally fighting with each other for territory and indeed seeing off a Marsh Harrier and Buzzard on one occasion.

Across in the distance nine Crane in flight and after dropping down among others, an amazing count of at least twenty birds. Several Fieldfare were ground feeding, a single Stonechat and at least three Kestrel! Out among the many sheep a bird I first thought to be a Little Egret turned out to be a Cattle Egret once in the scope, a bird which I think has been hanging about now for a while!

RSPB Titchwell next, arriving about an hour before sunset and setting off straight away for the beach. With the sun setting and the tide turning we managed a half hour sea watching. This produced Goldeneye, several large rafts of Common Scoter, two Velvet Scoter within but little else! On route back to the car a stop for the Marsh Harrier roost, with over twenty during our stay and just prior to leaving the footpath a Woodcock.
Posted by boatbirder at 20:51

To my reader a very Merry Christmas!

I promise to re-ignite my passion for blogging in 2017!! 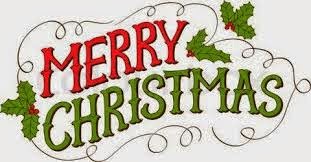 It seems that over the past few weeks personal highlights have come nearer to home and have included a rare and unexpected Bittern sighting at Napton Reservoir on November 29th. A bird which only appeared to have hung around for one day, with no reports since, at least to my knowledge!

Better views of Bearded Tits, once again at Napton Reservoir and some truly amazing Starling Murmurations at the the marina, finally captured on my Iphone after several attempts.


Speaking of the marina, an encounter of the blurred kind this evening with a stunning Merlin perched on one of the pylons just before sunset. A bonus perhaps of having so many Starlings roosting nearby!

Brandon Marsh still remains a little disappointing with the best for me more recently a couple of excellent Peregrine passes, plus a brace of Woodcock, which I've inadvertently flushed while completing conservation works.
Posted by boatbirder at 17:40