After delaying our trip to Texel, North Holland until today due to the recent strong winds, we couldn't have asked for a more rewarding experience now we've finally arrived, we were certainly in the right place at the right time!

We arrived at Den Helder for the 9.30am ferry oblivious to what lay ahead. We did have our suspicions however that something was going on when around 80% of the people boarding were lugging scopes, cameras & binoculars.

Shortly after pulling out for the short 20 minute crossing I took the opportunity of tapping up a couple of 'Dutch Birders' for some local knowledge, always handy to have. The two guys I chose Marco and Fred turned out to be two of the nicest guys you could wish to meet and so our adventure began.

We were invited to accompany them on a trip around the Island and with their finger on the pulse receiving up to date information via birding friends, we were soon on the trail. Our first bird of the day was an amazing Caspian Plover, (pictured above) seen within a small group of Golden Plovers, distant at first but then some good views, a major twitch for Holland, only 2 in history and the main reason for so many birders! In fact Marco commented on the fact that all the top birders of Holland were on Texel today to see this amazing visitor from Russia.

Shortly after leaving and driving for approximately 10 minutes our second major of the day was an American Golden Plover, this time with immediate good views and once again in amongst a group of Golden Plover foraging on a ploughed field. After coffee and having enjoyed more views we were on the road once again picking up a good number of wildfowl and waders, which included Green Winged Teal, Barnacle Geese, Avocet, Snipe, Dunlin and Greenshank.
We arrived at our next destination with Marco and Fred leading the way and another delight in the form of 4 Ross Geese, the smallest of the three varieties of white geese that actually breed in North America. A trio of lifers for both myself and Alan Lunn who is also on the trip with me.

Still trying to catch our breath and stopping a short while to look out to sea, where we had Eider Duck and Rock Pipit on the shoreline, our attention was suddenly drawn inland with the amazing site of a Peregrine actually attacking a Common Buzzard, who under pressure gave it up and came down to earth with a bump, I'm happy to say unscathed.

Our amazing day continued as we made our way up to the North West of the Island and to De Slufter, an area where the heath land meets sand dunes. Upon arrival 4 Snow Bunting made off to the west and there within yet another ploughed field at the base of the dunes were 50+ Shore Larks, their unmistakable yellow heads bobbing up and down behind the soil mounds. After enjoying the Larks for a while Marco recieved yet more information and we were suddenly off in search of a reported Yellow Browed Warbler, our first and only failure of the day! At this point Marco and Fred departed for the 3.30 ferry as they had a long journey home, Fred not living that far from the German border.

After a well earned respite we had a final drive down to the far south of the Island where we had some excellent views of many waders including Knot, Grey Plover, Ruff, Ringed Plover, Redshank and Bar Tailed Godwit, plus at least 50 Avocet, numerous Wigeon and many Brent Geese. Our final hit of the day before departing for the 6pm ferry were 4 amazing Bearded Tit!

What an astonishing days birding with 79 species and our extreme thanks must go to Marco and Fred, plus my best mate Dave a non birder, who is fast becoming interested, who did all the driving. We'll all certainly sleep tonight!! 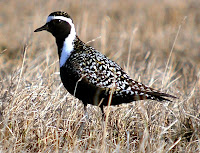 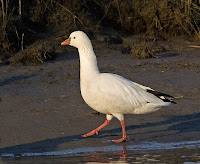 All pictures featured in above post are library pictures & birds in summer plumage!
Posted by boatbirder at 22:06

A warm welcome to Aberdeenshire Scotland. Having lived aboard our traditional narrowboat for over 16 years we're now back on ‘terra firma’ living in the heart of Aberdeenshire Scotland. Admittedly It was a sad moment when Dazza and I stepped foot off ‘Quidditch’ our cherished home afloat for the very last time and although we still own her, it brings to a close a wonderful period of our lives cruising the canals of England & Wales. We enjoyed many precious & memorable moments which will remain in the memory forever, but we’re very excited about our move north. I hope you continue to enjoy this journal of our field trips & travels, so here's to our new adventure!