Having dropped off one of my wife's work colleagues at Birmingham Airport at 5am this morning I had the perfect opportunity to get down to Brandon Marsh and complete a pre-dawn observation, something I haven't done for a good while, and I must say that the conditions could not have been more favourable.

A full moon which gave an amazing light and crystal clear skies provided the perfect setting, but I have to say that sitting in the Carlton Hide at -6C for a couple of hours is not for the faint hearted, It can also be quite eerie!

The first species of note was a Green Sandpiper calling as I approached Big Hide and seemed to be heading in from the direction of the River Avon. Unfortunately after sunrise I wasn't able to get a sighting of the bird anywhere on the pools. As the sky began to slowly brighten to the east 2 Woodcock were observed in flight silhouetted and heading east over Newlands reed bed.

After my earlier post 'Out and About' which made grim reading for our national Barn Owl population I was delighted to see my first Barn Owl of the year at Brandon, which mysteriously appeared on the ledge looking into the box located directly across from the hide. I didn't actually spot it coming in but after observing him through my scope, which had been permanently trained on the box, he immediately dropped inside. 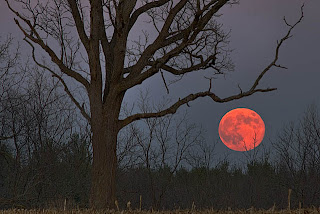 Just after 7am and the most amazing moon-set Derek Bennett had arrived, another Conservation Team member, and his timing was to perfection. No sooner had Derek sat down a Short-Eared Owl came floating in from the direction of the River Avon and after briefly quartering disappeared south. A second Barn Owl then came in from our left and after a brief visit to the box decided to hunt once more before finally calling it a day!

Also worth mentioning were 3 Shelduck on East Marsh Pool and a Marsh Tit which was seen at the volunteers car park where I had returned to thaw out in my car before starting work.

As a footnote 2 more Woodcock were seen across Newlands reed bed while completing more work on the phase 3 reed bed extension. An absolutely wonderful morning!
Posted by boatbirder at 17:35