🍂 ⛅19C Monday 16th October 2017 ~ With Storm Ophelia blowing in I thought that a couple of hours spent at Brandon Marsh might pay dividends! However, I wasn't quite prepared for what greeted me. Not since my Brandon visit of March 2015 to watch the spring equinox eclipse have I encountered such strange and bizarre conditions!

Skies took on unusual glow as Storm Ophelia picked up sands from the Sahara and particles from fires in Spain and Portugal, which may have appeared to some as a sign of an impending apocalypse. Apparently the dust has caused shorter wavelength blue light to be scattered, making it appear red. Ophelia originated in the Azores, where it was a hurricane and as it tracked its way northwards it dragged in tropical air from the Sahara producing todays phenomenon!

The best from a birding perspective consisted firstly of a Little Gull, which graced East Marsh Pool on several occasions before finally departing. A huge count of Black-headed Gulls circa 500, but alas during my stay not offering anything too unusual, Common Gull and Lesser Black-backed Gulls the only other species. A Water Rail made a dash from left to right in front of the hide and I managed a count of (75) Wigeon before a Sparrowhawk scattered all asunder, so I gave up on that one!

From the Ted Jury hide a couple of small flocks of Redwing, plus (4) Redpoll and as I departed the hide calls of Brambling alerted me to (5) birds passing overhead. A single Snipe and Green Sandpiper the only other notables from the most weirdest of visits!

Subnote: Yesterday Dee and I enjoyed a local stroll around the canal and Shuckburgh area, encountering one of the local Little Owls, which I managed a few images of after playing hide & seek for an enjoyable 1/2 hour! 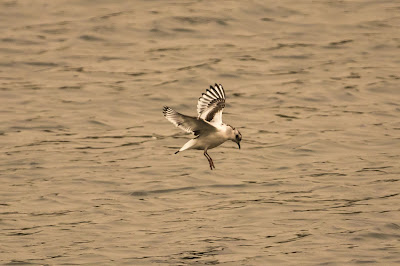 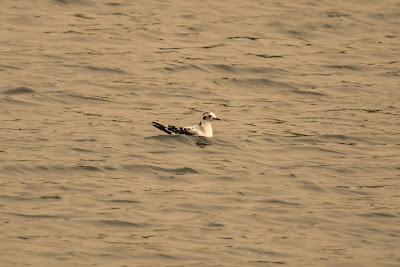