🌤8C Monday 5th March 2018 ~ Broken tooth leading to extraction and stitches, man-flu and being literally frozen in at the marina by the 'Beast from the East' have led to a definite case of birding withdrawal symptoms this past week!

Notwithstanding I've been out and about no matter what the weather over the last few days with local visits to Brandon Marsh and Napton Reservoir. As it happens despite resembling a winter wonderland it was a pretty springlike morning at Brandon on Sunday with a fast thaw going on and a balmy 8C by the time I left shortly after 1pm.

Sunday's visit did, in fact, produce two year-ticks with Mediterranean Gull and Yellow-legged Gull, both on East Marsh Pool. Plus a cute little Wood Mouse foraging in the open after the big freeze!

Today I decided to begin at Napton Reservoir for a look at a currently residing Bearded Tit. It was an easy find with Theo de Clermont already on site and onto the bird. While chatting with Theo a Water Rail calling from within the reedbed, several Reed Bunting and the briefest burst of song, of which I'm convinced was a Blackcap. After a while with Theo and Chris Mathews who arrived on site, I headed off for a few hours at Brandon Marsh.

It was certainly a day of bumping into a good selection of Warwickshire birders with Richard Mays, Dave Cox, Paul Cashmore and Denis Woodward already installed in East Marsh hide. Yesterday's Meditteranean Gull reappeared just shortly after I arrived, picked up by Denis initially. The rest of my visit was spent around Carlton and Jury hides with John Coakley. Species of note included: Goosander Pair, Shelduck, (3) Oystercatcher, (4) Wigeon, Water Rail, Little Egret, Sparrowhawk and at least (5) Buzzard on the wing.

The icing on the cake for me was when I returned to the marina later in the afternoon when not one but two Barn Owls were day hunting on the marinas dog walking meadow. Obviously unable to hunt during the freeze and likely desperate for a good meal. Unfortunately during the twenty minutes or so I watched I didn't see any captures and then the rain set in! 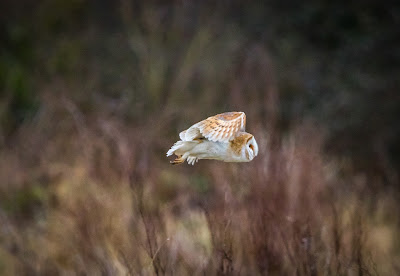 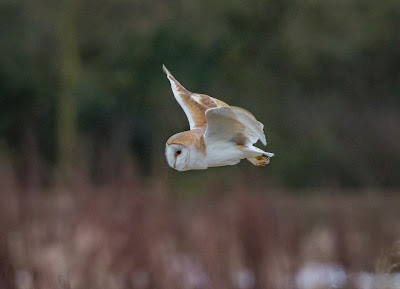 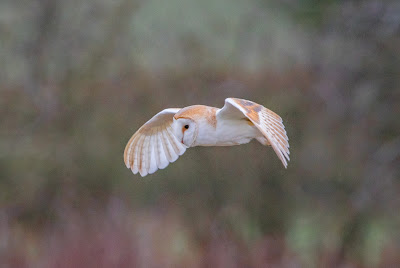 My BUBO year-list does not currently include American Horned Lark
Posted by boatbirder at 22:34