Autumn is an unpredictable time when it comes to the weather and the start of this years has been no exception. Flooding at Brandon Marsh has caused disruption on a few occasions with water levels the highest I've encountered for a number of years.

The clocks fell back an hour last weekend and over the past week, there was a brief return to easterly winds pushing more winter thrushes inland. On Monday morning (28th) I found myself scraping the frost off the windscreen for the first time.

Redwings continue to arrive in numbers but more recently an influx of Blackbirds, Song Thrush and Robins, with Fieldfare still lagging behind. A small group of Siskin (11 birds) were also noted in the week and although slow, visible migration continued with small numbers of Skylarks and Redpoll passing over. Meadow Pipits have also been a feature with double-figure numbers on occasions around the Jury Hide and a pair of Stonechat have also been seen daily. Also worth a mention, a late Reed Warbler was caught and ringed last weekend.

Otter activity has been noted on each of my five visits, more often than not from the Carlton Hide, where three Little Grebes have also been seen regularly. On the East Marsh Pool among the large groups of Wigeon (128 on Friday) and Gadwall (42 noted in the week) a single Pintail, five Pochard and a female Goldeneye. 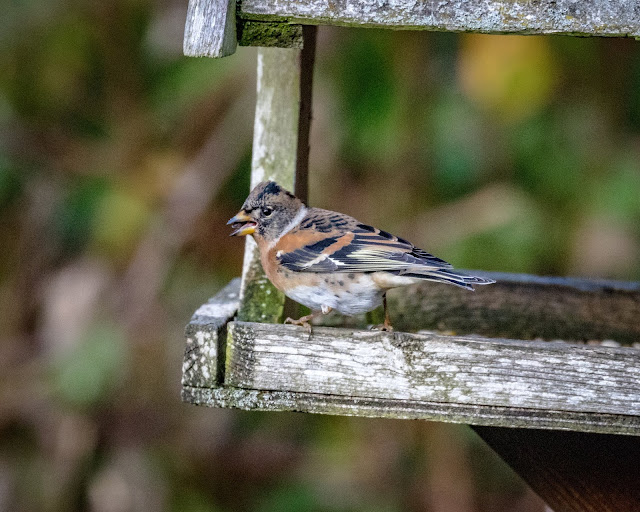 At the nature centre feeders, a Brambling has been noted on most days, an early record by Brandon standards.

For the Gull enthusiasts, an adult Caspian Gull was on-site Friday and had the good grace to complete a flyby past the Walton Hide before heading off but I'm certain we'll be seeing more of this guy!