The weather over the past few days here in Aberdeenshire has been amazing, with clear blue skies and temperatures reaching the balmy heights of 16C. In fact, over the weekend the garden produced our first butterfly of the year when a Small Tortoiseshell dropped in. Today a very early morning walk around the village ponds.

Just five minutes from the house Dalmadilly Ponds were originally agricultural farmland. In 1993 work began on quarrying the land for sand and gravel aggregates and when extraction was completed the quarried area was allowed to flood naturally in accordance with the existing water table. The surrounding land has been restored to form a wildlife area for birds and a recreational area for walking and bird watching. This has been accomplished by the planting of hundreds of indigenous trees, the formation of footpaths around both ponds and finally, two substantial bird hides have been erected, one at each pond. This is an excellent habitat with lots of potential for the odd rarity but I get the feeling you need to arrive here exceptionally early before the local dog walkers get out and about. 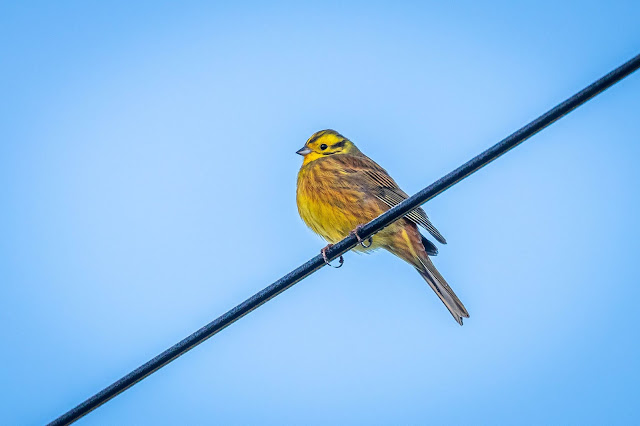 Today I managed to walk both ponds without seeing a soul. On arrival around 6am, I was greeted by a couple of singing Yellowhammer, the constant passage of Pink-footed Geese overhead, now gathering in huge numbers and my first singing Chiffchaff of the year (in Scotland). 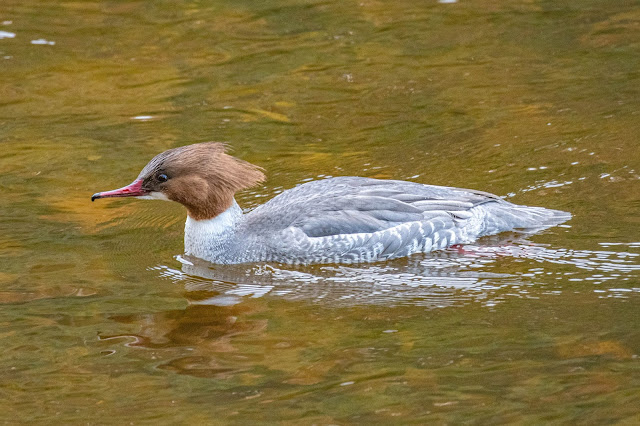 On the water, there were several battling Coots, (4) Goldeneye, (2) Little Grebe, (12) Tufted Duck and a pair of Goosander. The pools it would seem are currently over their normal water level and it will be interesting to see whether after they recede it becomes a suitable habitat for waders. Having said that, a couple of Oystercatchers attempted a landing but continued on to the nearby fields. It was an interesting visit with a good selection of species and I look forward to many more visits to come.
Before heading back for breakfast I took a stroll along a few of the nearby lanes, in particular, to take a look at a couple of flooded fields, which although promising were sadly devoid of anything of interest. However, I did come across a pair of Stonechats and enjoyed a wonderful half-hour in their company watching them building their home.
More Images of The visit...