After a fairly slow start migration is finally gathering pace up here in Aberdeenshire. Today's early morning walk around my local Dalmadilly Ponds produced double-figure Willow Warblers with singing birds it seemed around every corner. Just three Chiffchaff singing now of course well established and a distant drumming Great Spotted Woodpecker was nice to hear. Although I've now recorded House Martin, Swallow and Sand Martin here this year hirundines still remain at a premium, with just a single Swallow noted during today's visit.
A couple of Blackcaps are also new in, two males but not actually singing. At least five Lesser Redpolls were displaying, a good sign with the species having nested here last year.
Below the ponds down on the River Don, the first Common Sandpipers have arrived but the surprise of the day occurred as I was about to leave when a Greenland White-Fronted Goose dropped in accompanied by a single Greylag. I'm thinking this particular bird needs to get a move on back to its breeding grounds. 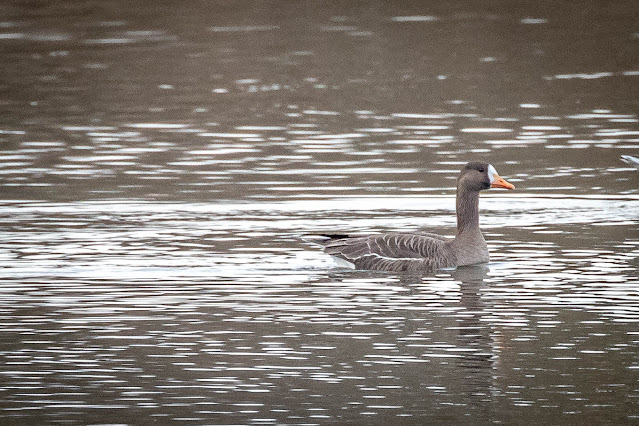 NEW Scottish Life-List Since Relocating Permanently to Aberdeenshire in October 2020
Posted by boatbirder at 13:51