💨🌤 18C Saturday 18th June 2022 ~ Despite the strong breeze it was still a lovely day so Dazza and I decided to pack a picnic and head off to the Cairngorms to enjoy one of our favourite walks around the Invercauld Estate near Braemar.

This waymarked circular walk begins at the estate car park and takes you around the prominent Craig Leek. At a distance of 5.25 miles with an ascent of around 1000ft, the walk normally takes around 2.5 hours. As we set off there was a small number of Common Crossbills in the surrounding trees, apparently, all three species can be found around here (Scottish & Parrot) but I've yet to connect with the latter two.
Due to the stiff breeze, I wasn't expecting much in the way of Butterflies, in fact, the only species we managed to identify today were Green-veined White and Small Heath, although a Fritillary did zoom passed at one point, likely a Dark-green! There were plenty of Four-spotted Chaser Dragonflies but the conditions ruled out any chance of finding Northern Damselflies, which can be seen here along the lower track.
We made our usual stop for a snack when we reached Felagie Burn and while here had one of those unexpected wildlife experiences! Dazza spotted something swimming in the deeper water and the last thing we expected was to see a Mole hauling itself out. We watched in amazement as he awkwardly scrambled up onto the rocks before disappearing into the nearby undergrowth. Quite a surreal moment!
The birding was excellent today for passerines and I don't think we've ever managed to see so many juveniles. It seems to have been an excellent breeding season up here thus far. Willow Warblers were too numerous to count and the same could be said for Stonechats, which also appeared to be around every bend. We also managed to come across three juvenile Wheatear along with what was likely one of the parents.

At a woodland stage of our walk, we found a family of five Common Redstarts, busily being fed by both parents. Dazza first noted the youngsters all perched on lower branches but they suddenly disperced into the nearby trees. A few photos before hastily moving on, a wonderful sight nevertheless! We also came across a second breeding pair a short time later. 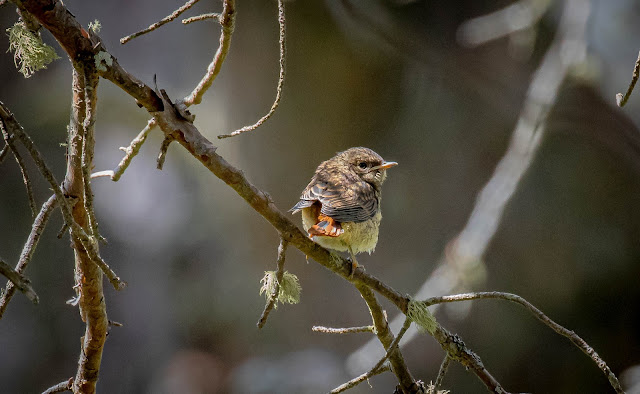 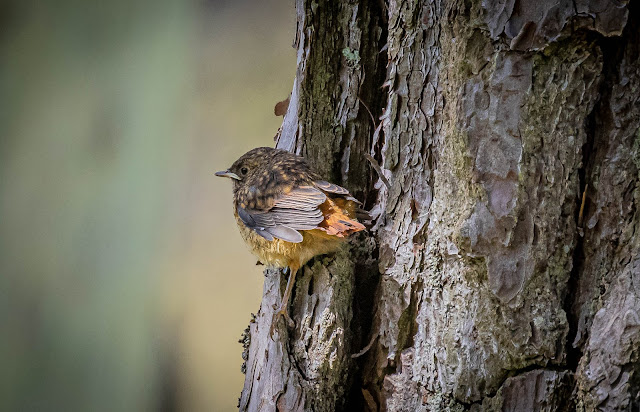 The final length of our walk takes you back to the car park along the estate road and here we managed two displaying Tree Pipits along with Siskin, Chaffinch, Meadow Pipit, Great-spotted Woodpecker, Mistle Thrush and Meadow Pipit. 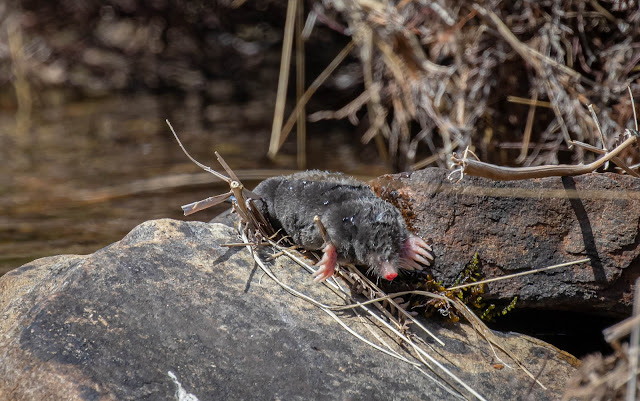