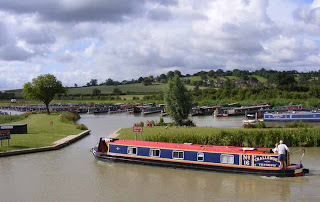 Wigram's Turn Marina is located on the junction of the Oxford and Grand Union Canals, just outside the village of Napton-on-the-Hill, Warwickshire. I have used Wigram's as a base since the Summer of 2005.
The marina is home to some 200 narrowboats and also houses the 30 strong Black Prince Holiday fleet. Over the past 18 months the nearby Calcutt and Ventnor marinas have been further expanded by nearly 400 berths dramatically increasing the canal traffic and thus making the area one of the busiest on the canal system. Now with over 1000 craft within a 5 mile radius and affectionately known as 'Tick over Alley'. The increase in canal traffic over the past several years has in my opinion somewhat diminished what was once an idyllic stretch of water (one of the reasons we arrived here) and is inevitably having an impact on the local wildlife.
Fortunately great thought was put into the natural structure of the marina during it's building and we are reasonable well off for bramble, hawthorn and common reed. We are lucky enough to have Reed Bunting, Sedge Warbler and Willow Warbler nesting during the breeding season and we also have a resident Kingfisher. 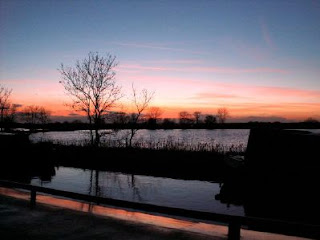 Napton Reservoir a much smaller reservoir than the nearby Draycote Water is located just opposite the canal junction, this is a deep water reservoir that feeds the canal system and so is useful for finding diving ducks and grebes. It has also been known to attract a good range of passage birds, and some fine rarities, a Ring-Necked Duck in early 2006 for example and Bearded Tit the following year! Alongside the deep water, Napton's other attraction is a large reedbed at the back - this means that the reservoir plays host to Reed Warblers, Reed Buntings, Sedge Warblers and Cettis Warblers. In the winter months large murmurings of Starling can be seen with the occasional Sparrowhawk dropping in! 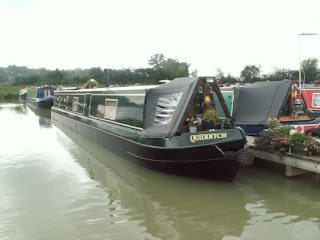 The Cruise Option is what makes my way of life even more rewarding. Apart from the wildlife in my immediate vicinity I get the option to pop out for the odd weekend or overnight cruise and take a look at what's on offer slightly farther afield. My favourite stretch of canal is the section that runs from Napton Junction through to Braunston.
This passes through open countryside with a backdrop of hills. The land is agricultural, with just a few houses in sight. There are initially no locks, no villages and the bridges are well spaced, making a very pleasant rural stretch of canal. There's also a good section of the disused LNWR railway line which ran from Marton Junction to Weedon to explore, the line closed to passenger traffic in 1963.
The cruise from the marina to Braunston takes around 90 minutes and has in the past thrown up some good moments. For example it was on this stretch that I first watched a pair of boxing Hare's and also spotted my first American Mink. More recently I spotted no less than 4 individual Kingfishers on a round trip to Braunston and back.
Posted by boatbirder at 10:30