With the autumn migration over and the likelihood of any further rarities dropping in diminishing by the day, it's time to reflect on what kind of autumn it's been, putting aside the fact that it's possibly been one of the warmest on record. 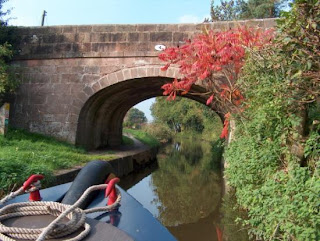 I suppose from a national perspective it will probably go down as one the best ever for rare and scarce migrants, although not being a twitcher I contented myself by reading the many reports from around the country. The late part of September saw the remnants of two Atlantic hurricanes hit UK shores, bringing with it North American waders and land birds. A flock of 26 Buff-breasted Sandpipers gathered in Wexford, whilst on the Isle of Scilly an early Red-eyed Vireo was joined by Northern Waterthrush, Black-and-white Warbler and Baltimore Oriole.

My personal best during this time was my first local inland Gannet, when one dropped in at Draycote Water. At the beginning of October high pressure stretched from the UK all the way to North Africa and the resulting winds provided ideal conditions for our departing summer visitors. From the middle of October the winds turned more easterly and continued on and off until the end of the month. Despite Redwing and Fieldfare entering the country in their thousands accompanied by some early Waxwing, the highlight would have to be the 50 Short-eared Owls which made landfall at Tichwell, Norfolk on the 13th.

From a personal perspective I managed some of my very own migration highlights with Short-eared Owl at Brandon Marsh, plus Crossbills at Napton Reservoir and two very early Bewick Swans on my own doorstep, when I discovered two birds resting at the marina.

In November I managed a week on the Lincolnshire coast with my wife Dee and here we managed further migration highlights when we were lucky enough to see a Short-eared Owl make Landfall at Donna Nook and on the same day recorded Snow Bunting, Lapland Bunting and Merlin. Also seen of note during our stay was my first UK Arctic Redpoll at Spurn, accompanied by Brambling, Long-eared Owl, Wood Lark and my first Whooper Swans, Pink-footed and Barnacle Geese of the autumn at Frampton Marsh and Freiston Shore.

All in all I'm quite happy with my lot for the autumn migration, which also includes good numbers of Lesser Redpoll and Siskin, and over the past several days a trawl of my local Long-eared Owl roosts has also turned up my first local bird of the autumn!
Posted by boatbirder at 16:01