💨  🌧  ⛅️19C ~ Wind ↗SW@15mph Gusting 20mph  Saturday 22nd August 2020 ~ The past week has been spent birding locally and volunteering at Brandon Marsh. Since returning all of the work at Brandon has revolved around clearing the paths and the final big job was completed on Thursday when a small 'bubble' of the team broke through the central marsh. For those who are aware of the geography, this is the area between River Pool hide and the wooden bridge over on West Marsh.
It's been hard work with over four months of growth to clear but very rewarding and we begin clearing the Islands and hides in the coming weeks. 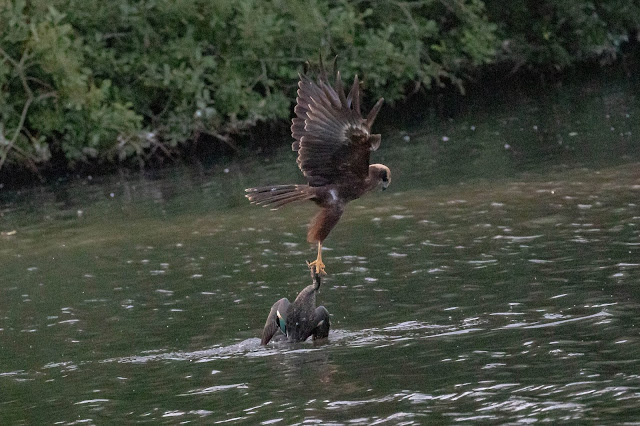 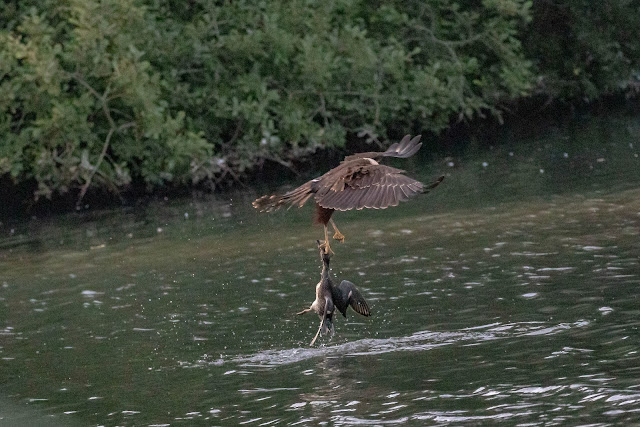 Of course, while on-site and in between working birding takes front stage and I must say that recently it's been very rewarding. Non more so than the appearance of a Marsh Harrier, one of the less frequent visitors to the reserve. In fact, I was lucky enough to be in the right place at the right time when something happened that in nearly fifty years of birding I'd never seen before!  Amazingly the Teal escaped but I never got to see what condition it was in after the attack. That one will live in the memory for a considerable time, another one to cherish when I leave Brandon in a few months time.
Another feature has been the sheer amount of warblers feeding on the ripening fruits around the reserve, it seemed that every elder, bramble and hawthorn contained either a Chiffchaff, Blackcap, Whitethroat, Reed Warbler, Lesser Whitethroat or Willow Warbler, the latter often singing.
Other species of note have included: Raven, Hobby, Snipe, Common Sandpiper, Green Sandpiper, Greenshank and Yellow Wagtail. Both Green and Great Spotted Woodpeckers have also been a feature, along with the occasional passage of Swallows with the odd House Martin but still a distinct lack of Sand Martins, although a late Swift was a bonus.
I've posted below a few more images of my time volunteering at Brandon over the past week.
Posted by boatbirder at 17:29