A drive over to Muir of Dinnet NNR mid-morning for a couple of hours before the cloud rolled in and the breeze got up!
There were plenty of Scotch Argus on the wing today, although most looking a bit worn now. So too the odd Speckled Wood I came across. Very little else to report except for Large White and two Green-veined White. 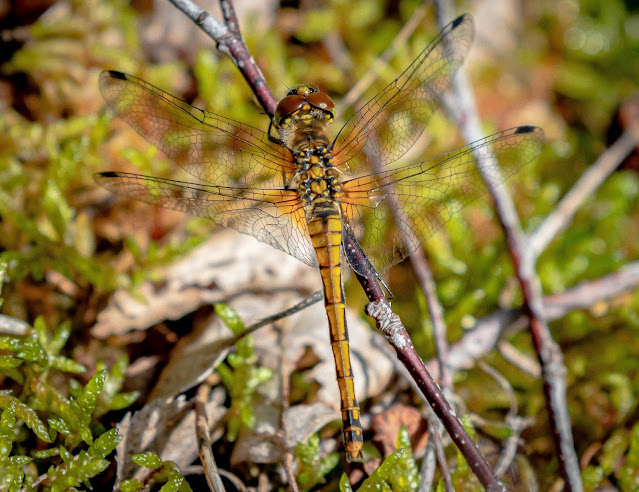 It was very breezy around the boardwalk and the only Dragonflies encountered were Black Darters. A few Emerald Damselflies were also noted but being so delicate and such weak flyers, you had to feel for them getting blown from pillar to post in the stiff breeze.
The birding was particularly slow today, with just a couple of Chiffchaff, Jay, Great Spotted Woodpecker and the usual Coal Tits. However, a close encounter with a Sedge Warbler was the highlight from a birding perspective.
With the onset of Autumn, a few fungi are now beginning to appear and one specimen in particular took the eye today. Amanita fulva, commonly called the Tawny Grisette or the orange-brown ringless amanita.
Posted by boatbirder at 15:43