After a period of unsettled but relatively mediocre weather in the first half of the month, the second can only be described as dramatic! Shortly after my last post on the 14th the first of three named storms were announced, storm Dudley. Incredibly this was followed shortly after and in the same week by two more named storms Unice and Franklin which both produced record wind speeds, widespread damage and major flooding. Thankfully and unlike the storms of January up here in Aberdeenshire we escaped lightly with most of the damaging winds limited to the central belt, northwest Scotland and southwest England.

My birding time has been a little curtailed in the latter part of the month, mainly due to other commitments and several snow days but I've still managed a few local walks and odd outings with Dazza.

Spring arrives a little later up here but there are many signs that nature is waking up. The local woodland at Fetternear now has washes of Snow Drops and the garden is beginning to come alive too with Crocus and Daffodils beginning to appear.
On the 23rd I had an enjoyable morning and early afternoon out with the RSPB Aberdeenshire & District Local Group walking the Ugie Estuary to Peterhead. The highlights here were a couple of Iceland Gulls a selection of Waders (Dunlin, Sanderling, Turnstone, Snipe, Ringed Plover, Redshank, Curlew & Oystercatcher), plus several Purple Sandpipers. The final stop at Peterhead Marina, now in the heavy rain, produced a couple of Great Northern and Red-throated Divers before I finally succumbed.
A stop off on the way home at the 'Snub' layby which overlooks the Ythan Estuary produced many Curlew & Redshank, circa 1000 Golden Plover, most now entering into summer plumage, at least thirty or so Bar-tailed Godwit and a couple of wintering Greenshank.
On Friday 25th I finally caught up with the Green-winged Teal at RSPB Loch of Strathbeg, after two previous failed attempts! Thankfully the bird was showing very well among the Eurasians on Starnafin Pools.
As I post on the final day of meteorological winter I've saved the best until last! A short 15min drive from home to Alford where a single Waxwing had been reported over the last few days. Unable to visit over the weekend I thought I'd take the chance today and was delighted to snap the above photo from the car window. The bird was also calling during my stay, that wonderful trill! A brilliant end to the month and indeed winter 21/22!
More Images from the past few weeks... 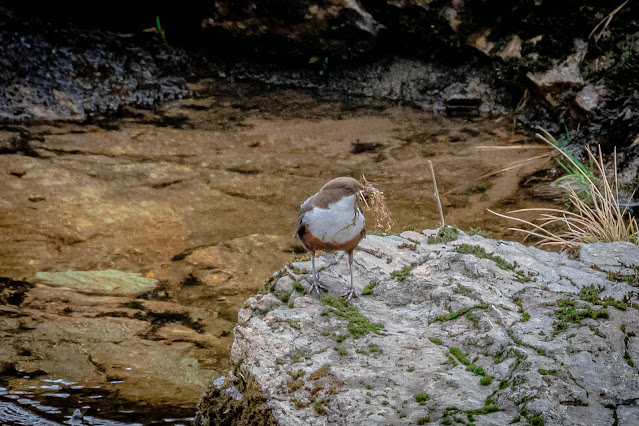 NEW Scottish Life-List Since Relocating Permanently to Aberdeenshire in October 2020
Posted by boatbirder at 18:55