A quick pictorial update on visits to Brandon Marsh over the past few weeks.


The now long staying eclipse Pintail (most likely a Drake) was still on site during a visit yesterday, along with a couple of waders, quite a rarity for Brandon these days, with a single Dunlin on East Marsh and single Green Sandpiper on Teal Pool. While in East Marsh Hide circa 30 Golden Plover were noted in flight towards the east but never dropped in. Wigeon counts remain high with a few exceeding 200 and Shoveler numbers have finally begun to rise!

All the usual winter visitors can now be found with small numbers of Lesser Redpoll, best seen in the Alders near the 'Mouse Maze' and metal gates, plus Siskin, Redwing and Fieldfare. Keep an eye out when walking along the path towards the right hide, where I was lucky enough to find three Bramblings feeding on the leaf litter. A Little Egret is also a regular visitor and despite its colour and size can be quite elusive. So too a pair of Stonechat from the Ted Jury hide, just the male noted on a recent visit.

Gull numbers, in particular, Common Gulls are beginning to rise with lots arriving to wash off after feeding before heading on to roost. Rarer species to Brandon such as Caspian Gull and Yellow-legged Gull have been noted recently too! 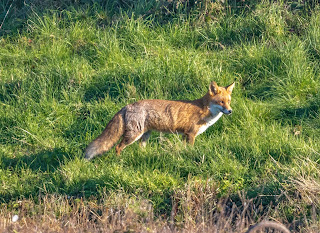 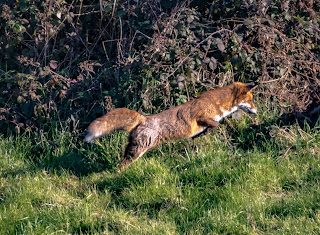 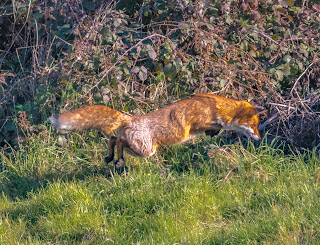 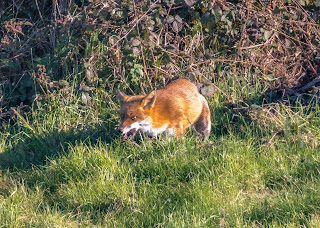 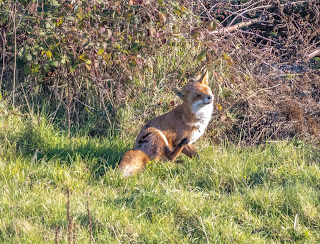 Away from the birding, a Red Fox performed well on Wigeon Bank, offering some good photo opportunities.
Posted by boatbirder at 13:44