Although the dirt tracks at Zapata are perfectly drivable we prefer to park in the urbanization and walk, we tend to see more that way. Our first point of call was the ford, the walk down producing several Black Redstarts and Stonechats, along with the odd Chiffchaff, Sardinian Warbler and Serin. The Rio Guadalhorce water level seems pretty low at the moment and the whole surrounding area looked parched. This is the likely reason why a couple of tankers were parked just off the ford uploading water. As we approached Dazza called a Little Bittern, which flew across the ford and deep into the reeds. Although we've noted them here before it was one of the best views we've had thus far.
A walk alongside the river produced the usual flock of Common Waxbills, more Black Redstart, Greenshank, Jack Snipe, Little Egret, Ringed Plover, Kingfisher, Grey Wagtail and a few wintering Meadow Pipits. Cetti's Warbler could be heard in the reedbeds but we never managed to see any this time out.
As we walked down towards the airport perimeter road and the extended reedbeds one of the local farmers was ploughing. The field in question was awash with White Wagtails, we counted thirty or so before giving up!
After a while, a Cattle Egret flew in and Dazza and I watched with amusement as he was literally following the tractor everywhere looking for a tasty morsel, almost getting run over at one stage.
Just before reaching the reedbeds, which were almost devoid of water due to the low river levels, a Booted Eagle drifted over towards the airport. I have to say that the reedbeds and scrubland were very disappointing today with no sign of any of the species we usually encounter here: Stone Curlew, Penduline Tit and Bluethroat. Although we did manage Short-toed Lark, Crested Lark and Marsh Harrier. I'll try again on Friday.
Guadalhorce Reserve has changed a little since my last visit with cyclists finally being banned and now directed over towards the new river bridge away from the reserve. However, joggers still use the tracks and can often flush birds so the afternoon is not one of the best times to visit, the best time for me is dawn.
At this time of year, things are a lot quieter on the birding front but there's still a good selection of species to be found. As with Zapata, there's a real abundance of Black Redstarts when wintering birds join the resident populations and by the time I entered the reserve, I'd noted a further six.
The hides at Laguna de la Casilla and the Rio Viejo had the usual colony of Black-winged Stilts, along with eleven Greater Flamingo but few other wading birds with only Green Sandpiper and Ringed Plover. The Laguna Grande held Common Sandpiper, Sanderling, Kentish Plover, good numbers of Northern Shoveler, two Black-necked Grebe and unusually a single Shelduck but was devoid of Gulls.
In fact, the best area for gulls was at the river mouth where I managed Mediterranean Gull, but no sign of any Adouin's. Other notables included: Hoopoe, Sardinian Warbler, Zitting Cisticola, Serin, Crested Lark, Buzzard and Crag Martin. 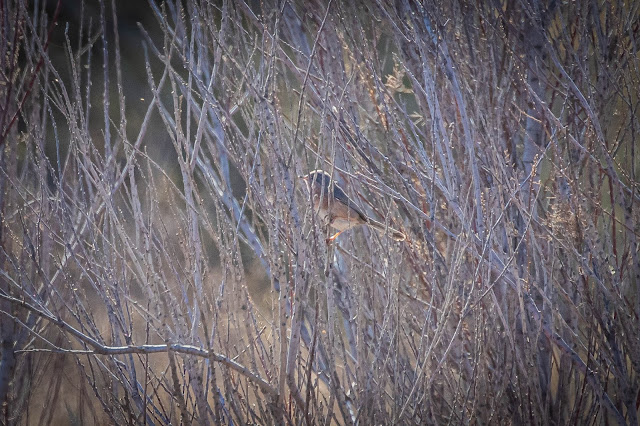 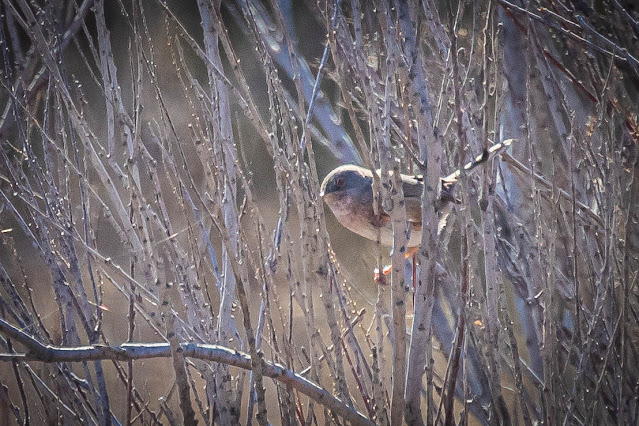 The best of the day was a Western Subalpine Warbler, my second for the site but unfortunately during this brief sighting, the bird stayed directly in the sunlight.
Posted by boatbirder at 22:11