🌦🌩21C Monday 09th May 2022 ~ With our flight home in the evening we spent the morning & early afternoon to the west of Budapest around a village called Csakvar. There were a few big thunderstorms around today with forked lightning so we were wary when out walking as to the distance of the storms.
We drove the road out of the village heading towards Fornapuszta, occasionally stopping to scan the wires and fields. As with most sites we've visited during our stay Marsh Harriers are your constant companion. The wires paid off with at least three Roller, Northern Wheatear and a couple of Cuckoo, the numbers of the latter throughout our stay in Hungary have been amazing. Golden Oriole could be seen occasionally in the high treetops giving chase to anything that came near what was likely to be their nesting site, particularly the Hooded Crows. Along the roadside, one or two Crested Larks were seen on the fence posts as we drove along.
About halfway along the road, there is an expanse of wet meadow and marsh with a viewing tower but frustratingly, as I've mentioned before about Hungary, the area was cordoned off. We walked as far as was allowed noting two Grey Partridge, Stonechat, Tree Sparrow (another common species to Hungary) and Great Reed Warbler. A Barred Warbler was heard singing but we never made contact.
Our final stop was at a woodland area along the road towards Lovasbereny where we took our final walk of the holiday before heading to the airport. After parking, a Wood Warbler was heard singing and a distant Great Spotted Woodpecker called. A short distance in we found a Marsh Tit, which was busy feeding two young. However, for me at least, we saved the best until last as Dazza (and don't ask me how she spotted him), found a Black Woodpecker foraging in the low deadwood, one of those heart-stopping moments! 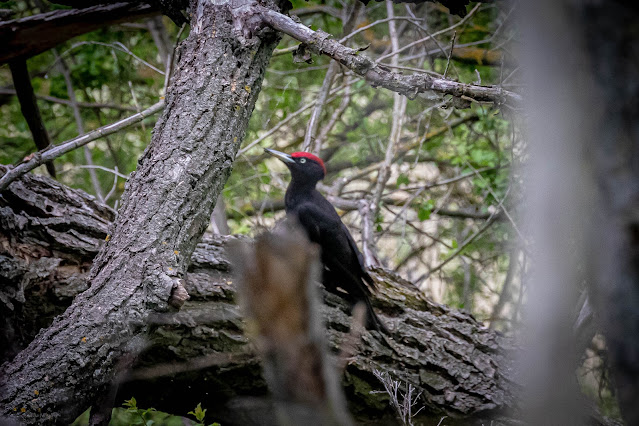 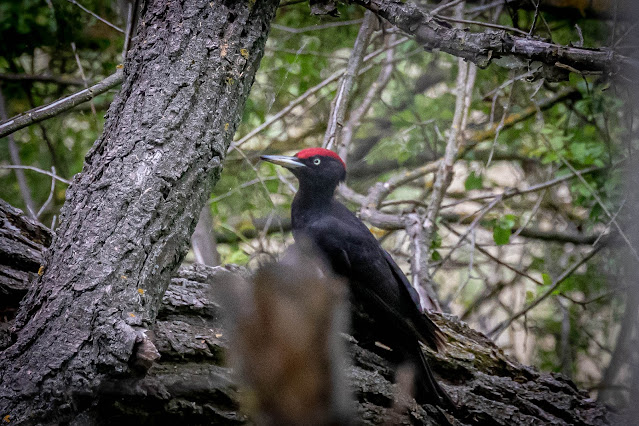 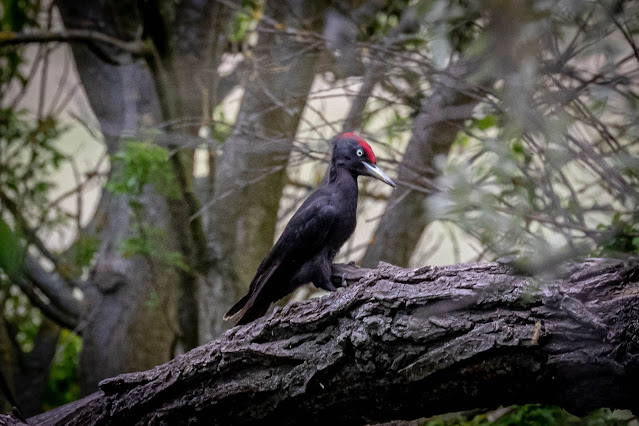