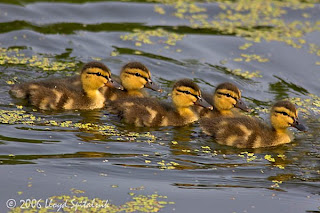 Due to a few new commitments, meaning I'm unable to attend Brandon on my regular Tuesday, this will be my last visit to the Marsh before departing to Canada for 3-weeks .

I arrived in the rain and a chillier start than yesterday and took my usual route to the Wright Hide. I'd recently mentioned the fact that I hadn't heard any Water Rail during the past few weeks and so was delighted to hear not 1 but 2 calling from the Newlands reedbed. I also picked up the usual warblers while passing through New Hare Covert, including 2 Garden Warbler.

The highlight from the Wright hide, once I'd settled with a cup of coffee and met up with other members of the Sunday bunch, were 2 Cuckoo in the large dead tree, who then treated us to a flying tour of the East Marsh Pool. I'm not entirely sure if the pair were male and female but it did seem a distinct possibility. A count of 5 Redshank was the most I've ever picked up in one visit to the Marsh and I also ended up with 4 Oystercatcher by the end of my visit, another best record.

On the walk around to the Main Hide we discovered a dead Water Shrew on the path, the second I've encountered on the reserve over recent weeks. However, the most distressing news of the day was the predation of one of our nesting Great Crested Grebes, which I learnt later was seen by a fellow birder, the culprit being a marauding Carrion Crow.

To end today's visit on a more positive note I was delighted to see a couple more families on the reserve, 11 new Mallard ducklings (library Picture) and 4 Greylag goslings! Well that's it from Brandon for the next 21 days but stay tuned as I'm sure I'll have lots to say regarding my Canadian visit, even though it's a non birding trip. If your familiar with Twitter you can find me by typing Boatbirder into google or just keep an eye on the link in the side bar.

Happy Birding
Posted by boatbirder at 15:52