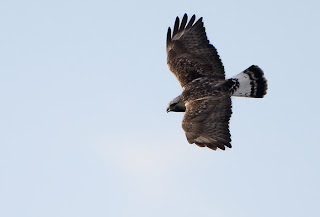 We arrived in Dijon on Sunday September 20th and met up with our friends aboard their boat Le HoddyDod. Our trip would take us along the Canal De Bourgogne to St Jean De Losne and then onto the River Saone through Auxonne, almost as far as Pontailler-sur-Saone.

Although our trip was primarily a social occasion you can't cruise along any canal or river without the possibility of some good birding opportunities and with this in mind I went fully equipped as ever with scope and binoculars!

Of course birding afloat is no pushover, especially when it's your stint at the tiller, the engine noise and the concentration needed to navigate don't allow time for a detailed observation, particularly as the the French canal's & rivers are still used commercially. The opportunities mainly come when your relieved of navigation duties or moored for the day and you can utilise the time for exploring! That said I already had Great White Egret, many Kingfishers, Common Buzzard, Honey Buzzard and Black Redstart under my belt, the latter of which are plentiful on the roofs and aerials of the local villages.

One such opportunity for exploration came when we moored not long after passing through Auxonne and leaving the wife and our friends to enjoy the fantastic autumnal weather (26C) I made my escape. My walk took me along the towpath side of the River Saone where I discovered an excellent butterfly meadow and several small ponds. My first bird of note during my walk was a Redstart perched on a fence near to open fields, closely followed by male and female Stonechat. I also spent an age trying to photograph one of the many Clouded Yellow butterflies but no matter how many I followed I was unable to catch one with wings spread!
After a while I entered a small copse where I picked up 2 Wood Warbler, recognised by their wonderful song and shortly after reemerging my attention was taken by an Osprey, which followed the river for a few hundred yards before disappearing over the tree line.

The small ponds produced Willow, Reed and Sedge Warbler but no surprises apart from a bird call which I couldn't recognise, when in doubt blame a Great Tit is what I always say!!

Finally, a great week in France was topped by my bird of the week, a Rough Legged Buzzard (pictured), which I spotted hovering just over the tree tops, it's white tail with broad dark band unmistakable. My butterfly count consisted of Clouded Yellow plus Common Blue, Brimstone, Red Admiral, Large White and Peacock.