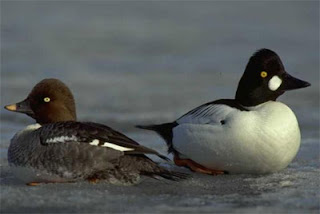 A beautiful crisp start this morning at the marina but not enough to freeze over the canal. As I left for Brandon, still in darkness, an eerie moon just setting in the West, I heard several calls from the local Tawny Owls as I made my way down the frosty path. (very poetic!!)

I arrived at Brandon, fully dressed in my thermals, for the second of two Tuesday work party's just before 7am.
With phase 3 of the Newlands reed bed extension unofficially underway we're making steady progress in the cutting back of Willow and Birch in preparation. I say unofficial as the main funding for the project is still to be put in place, but the volunteers need no such encouragement to crack on!

Now that the Autumn migration is complete and the first day of Winter has arrived I guess we can expect a quieter time at Brandon until Spring. Mind you having said that, there continues to be a glut of Bittern sightings on the reserve, including a sighting of 2 birds together today on West Marsh. I personally believe that there are at least 3 birds currently on site. In addition to today's sightings two birds were also sighted together on Newlands on Sunday morning, followed closely by a third on West Marsh a short time later. Of course I missed all three, despite arriving at the crack of dawn for an hour long vigil in the West Marsh hide. Can't complain though as my Bittern sightings ratio remains healthy.

Back to this morning and the unexpected sight of a single Woodcock in flight just before dawn, a great time to see one, unmistakable in silhouette as the bird flew back and forth across Grebe Pool, obviously looking for a good day roost spot. Excellent numbers of Greylag and Canada Geese early on, plus 4 Herring Gull and 17 Lesser Black Backed in among the many Black Headed. Other notable's were 2 Little Grebe on East Marsh and 3 Goldeneye, 2 female and a stunning male (pictured) over in the deep water. Still plenty of Fieldfare and Redwing about, although the berry numbers are depleting rapidly and also several Redpoll and Siskin in flight. A couple of Treecreeper and 2 Coal Tit at the Nature Centre also boosted my numbers for the day!
Posted by boatbirder at 15:44