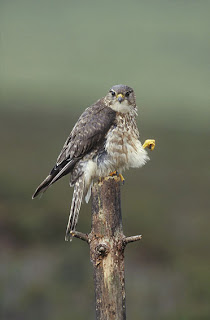 If someone would have told me that I'd have Bittern right on my doorstep I'd have told them to keep taking the tablets.
However, it seems that one of my fellow boaters has struck lucky with a sighting directly from her boat window. I've no reason to doubt the lady either as she appears to know her stuff, not the very least the description of what she saw which tallies completely with that of a Bittern sighting.
We're surrounded by reedbed here at Wigram's, and only a small hop to the nearby Napton Reservoir, which also boasts a large reedbed, and so it's not impossible. I myself have paid several visits to the area in question but have come up with a blank, and so for me the report is unconfirmed, but I'm not giving up yet.
I'm not a twitcher either but couldn't resist a visit to the nearby village of Grandborough this morning. Only 6 miles from my location and currently boasting a wintering Great Grey Shrike.
I duly arrived, not really knowing what to expect, but was glad I made the effort. Having eventually found the reported area I wasn't surprised to see other birders in the locality and before long several frozen twitches were on site. Around 300 Linnet were showing well and it wasn't long before the first rapture of the day arrived in the form of a Merlin (Library Picture). I watched in amazement as she took a Linnet right in front of me and departed to a nearby roost for lunch. Over the period she was joined by a male and during my 3 hour stay both birds attacked the Linnet flock on several occasions.
After almost 2 hours and no sign of the Shrike, which was apparently showing well yesterday, I took a walk further down the footpath to get the blood flowing. I had Raven, Fieldfare, Buzzard and a Fox before doubling back to find myself alone with more excellent views of Merlin, but still no Shrike. Not one to give up I persevered for a further 45 minutes and was rewarded for my stamina by a distant view of a Grey Grey Shrike, incredibly appearing to hover for several seconds before perching on one of the many telephone wires. Not the best view I've ever had but a Great Grey Shrike nevertheless.
Posted by boatbirder at 15:24