Yesterday evening word came through that a Black Kite had been found by @colliestonbirds and had apparently gone to roost in poor weather in trees at the edge of Collieston Village. A further report later in the evening had the bird moving towards Forvie Nature Centre, where it may well have roosted overnight.
About a forty-minute drive from home I left around 7am this morning in search, would you believe in a heavy snow shower! Despite the weather, my luck was definitely in today as just as I was passing Cotehill Loch on route to Collieston a large raptor suddenly appeared over the sand dunes at Forvie. It was one of those brake slamming experiences and I was out of the car in an instant, camera in hand. At this precise moment, a car travelling in the opposite direction, which also hit the brakes turned out to be Ian Broadbent, the Northeast Scotland Bird Recorder who was actually leaving the area, there having been no sign of the bird at all this morning. I've spoken to Ian several times on social media since moving to Aberdeenshire but never met personally until now, what an incredible way to put a face to the name!

The bird showed extremely well from this point and I spent an enjoyable hour or so following the bird around the locality along with several other birders. Despite seeing Black Kite on many occasions and in large numbers in Tarifa Spain during autumn migration this is a first for me in the UK! 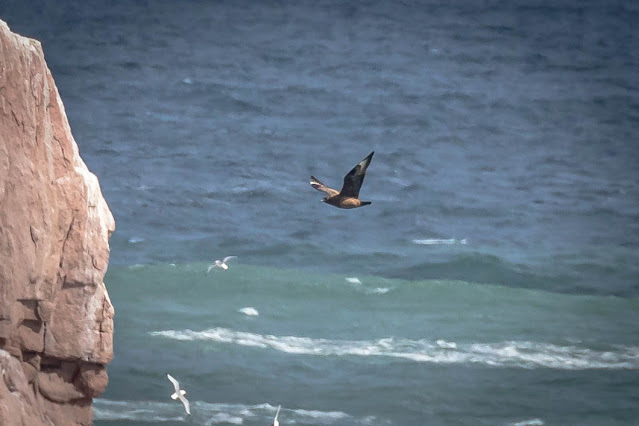 After the Kite excitement and breakfast in Macdonald's Peterhead, my next stop was the sea cliffs at 'Bullers of Buchan' for a look at the nesting colonies. This is wonderful habitat and brings you extremely close to the birds: Guillemot, Razorbill, Kittiwake, Fulmar, Shag and Puffins, if you can find the latter!
In the windy conditions, I was also optimistic of catching a Great Skua or two passing through. Once again my luck was in with three of these 'pirates of the seas' during my visit and I also managed to dodge the heavy showers during my stay, so a great day all around! 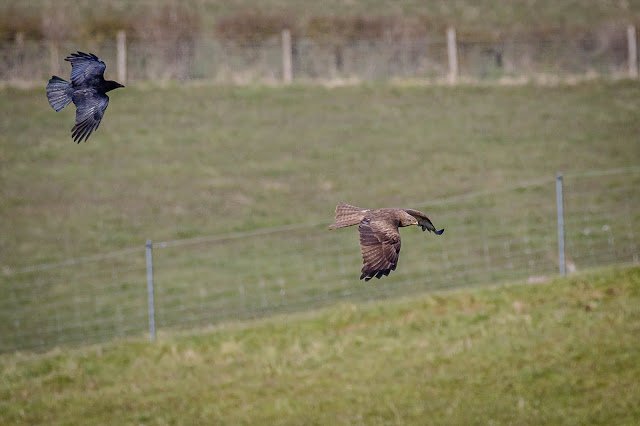 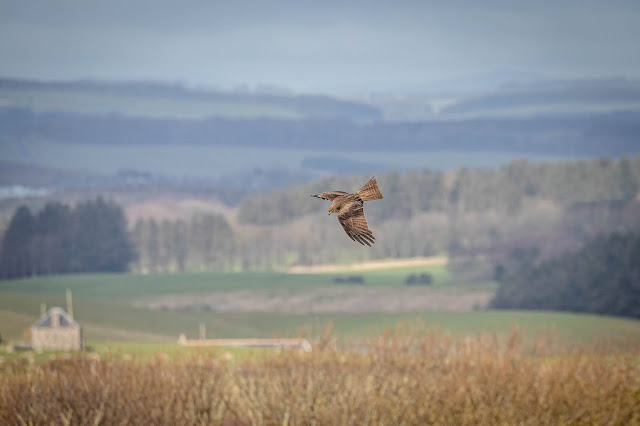 NEW Scottish Life-List Since Relocating Permanently to Aberdeenshire in October 2020
Posted by boatbirder at 22:34