Saturday 12th November 2022🌤 14C ~ Wind S @ 5MPH ~ An expected trip this morning to Forvie Sand Loch for a reported Dusky Warbler. The bird was first reported on the ABZ Whatsapp group at Slains Cottages Collieston at 10:50 but by 11:15 had relocated to bushes on the Loch corner.

I arrived just before noon, parked at the Forvie Nature Centre and walked down to the area where four other birders were searching. It took a half hour or so before I finally heard the bird calling from the nearby bushes, that unmistakable clicking 'teck', quite similar to a Lesser Whitethroat. The bird was a little elusive staying relatively close to the ground but showed well intermittently over the short period I was on site. I was grateful to a local Wren, whose patch the Dusky Warbler had invaded and which would chase the bird off on occasion, where it would show briefly in the open.
I managed a few record shots of the bird, which was frequently calling but unfortunately these were in direct sunlight, apart from the one which I managed with the sun behind. Nevertheless a very welcome Aberdeenshire and Scottish tick. 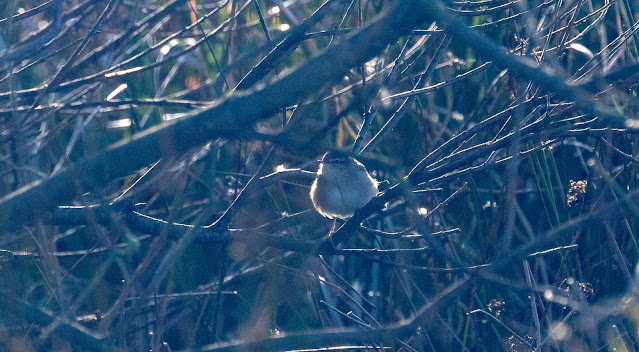 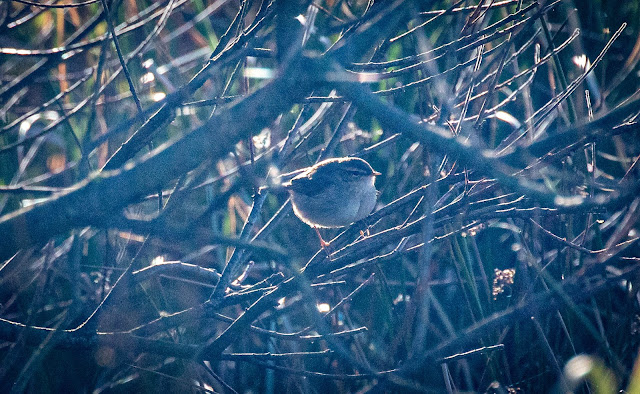 NEW Scottish Life-List Since Relocating Permanently to Aberdeenshire in October 2020
Posted by boatbirder at 18:06