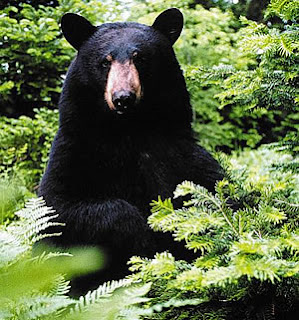 After leaving our RV site at Valemount we backtracked slightly on Yellowhead Highway 5 to visit the nearby Starratt Wildlife Sanctuary and Cranberry Marsh.

The remainder of the walk took place in some strong winds, almost bending the Paper Birch and Englemann Spruce to breaking point, this made the birding hard work but we managed a few further species of note with American Robin, Pine Siskin, Cassin’s Vareo, Northern Harrier, Red-tailed Hawk and our first Lincoln’s Sparrow.
From Valemount we continued on Highway 5 surrounded by some stunning scenery, the colours of the trees, shrubs and heathers simply awesome. We stopped briefly to look down on the North Thompson River where we’d sighted a Bald Eagle, amazingly followed by Golden Eagle and immediately understood why these two birds were in close proximity. Looking down on to the river it was awash with literally hundreds of young Salmon, almost turning the water pink!

We arrived at Blue River at around 3pm, which I actually thought was 4pm, after two days of Pacific time I’d forgotten we’d gained an hour, and as we crossed an open rail crossing there sitting mid track, having a snooze, was our first Black Bear of the tour! We watched in amazement as the lights of a Canadian National goods train came slowly around the corner, the Bear nonchalantly moving aside to let the train pass, and within an instant he’d vanished.


Before locating our overnight parking we took advantage of the Blue River, River Safari, in what turned to be an amazing hour in a high-speed boat. The boat takes you through what we discovered is the worlds only inland temperate rainforest and took us through the mountain glaciers and jade-coloured waters. Here we were treated to three more Black Bear, Belted Kingfisher and stunning views of adult and young Bald Eagle, it was truly an unforgettable one-hour!
We eventually arrived at the Blue River RV Park at around 6pm and for the first time since arriving in Canada had our first Campfire, burgers and beer, another awesome day.
Posted by boatbirder at 17:41