With the unseasonal temperatures continuing for at least a few more days I took a long stroll along the sand dunes and beach at Blackdog, just north of Aberdeen. The main interest here is usually on the sea but with autumn migration now at an end and southerly winds, it was relatively quiet. Along with the usual passing Gulls, Eider & Shag, just a couple of Red-throated divers were noted along with two passing flocks of Common Scoter, with sadly nothing unusual within. 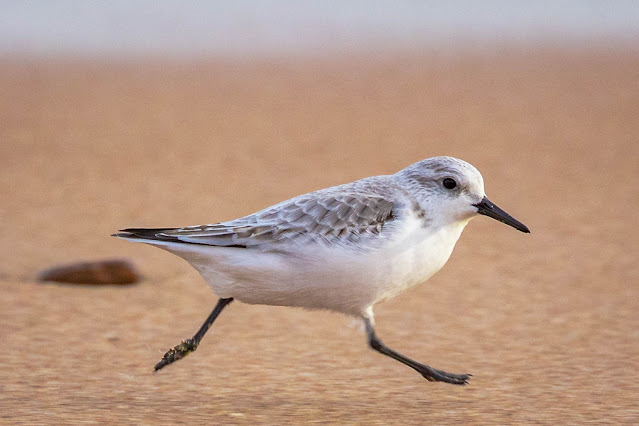 It was actually 16C during my visit and I paused on numerous occasions, particularly to watch my favourite wader, Sanderling, which as per usual were scurrying around at breakneck speed. Another highlight was eight Snow Buntings, which flew south along the beach but continued on.
Posted by boatbirder at 17:26