A short drive out today for my first visit to the Forest of Birse, parking at the Forest of Birse Church, a remote building accessed only by a five-mile-long single track road, which is spectacular in itself! Once you arrive at the church the habitat opens out and consists of highland glen and moorland, along with birch and conifer woodland.

From the small parking area (I was the only visitor), there are several walks in all directions so I decided to head north-west along the forest edge to a height of around 1200ft. The views across the moorland from here are stunning and the whole area is carpeted with Bell Heather and pockets of Gorse. Great habitat for Stonechats and it wasn't long before I registered the first of three.
At one point a Red Kite drifted silently over and a Buzzard which had been mewing since my arrival finally gave itself up and disappeared into the woodland. A surprise was a small flock of Bullfinch, which passed overhead calling, nine birds in all which is likely the most I've ever seen at once! Further along the path, a Yellow-browed Warbler called a few times but despite my best efforts I never managed to connect. The bird fell silent and had likely moved on by the time I finally reached the area. 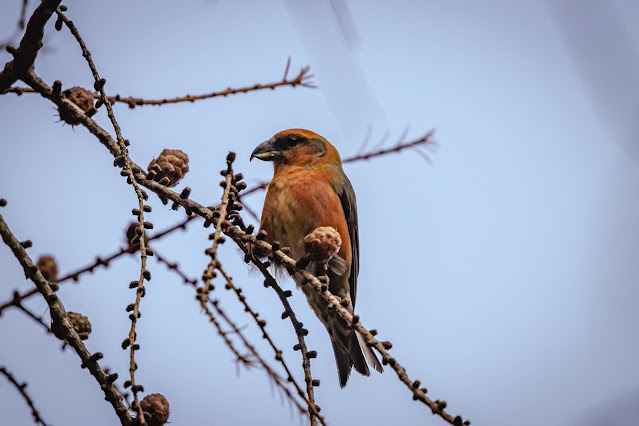 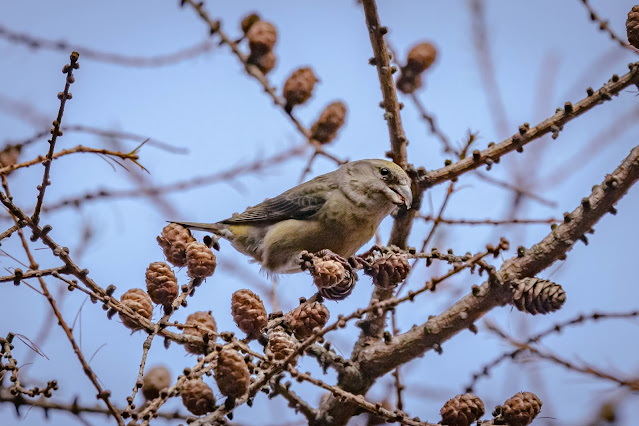 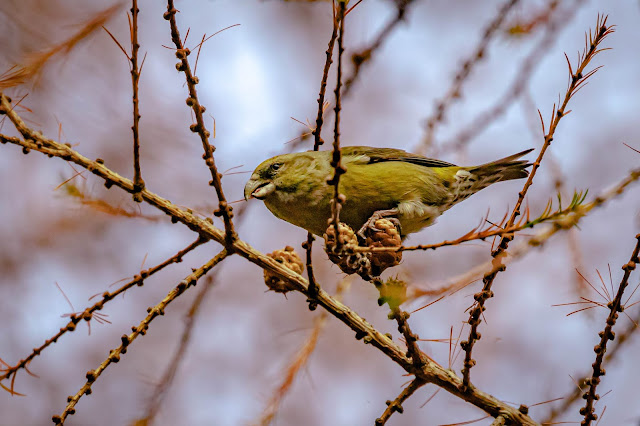 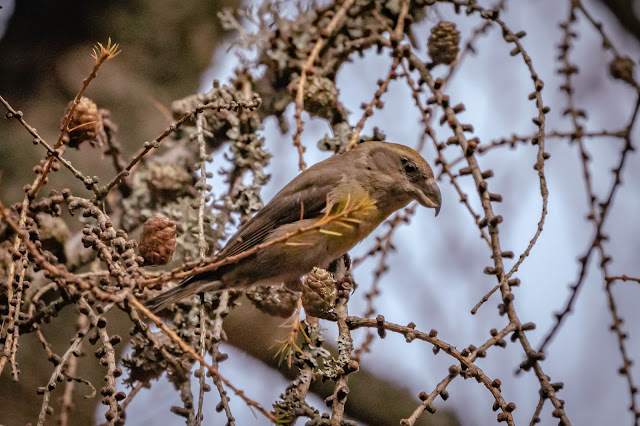 The highlight of the day was most definitely a flock of around 40+ Crossbill, and I spent a good half hour watching them feed frantically, they were so engrossed I think they were completely oblivious to my presence. Also seen during my visit were woodland species such as Siskin, Chaffinch, Coal Tit & Treecreeper, I would also have expected Nuthatch if this was England but research tells me there quite a rarity in Aberdeenshire! This strikes me as good Grouse area too, although I saw none today and I look forward to visiting again in spring, where I'll certainly hope to spend more time investigating.
Posted by boatbirder at 22:11