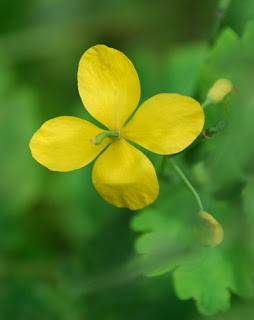 The talk from most people I've spoken to this week has been regarding the late spring and the fact that not much is showing at present. Personally I think that we've become so used to spring arriving early over previously years that when a normal spring arrives, like this one in my opinion, we seem to forget how it once was.

The general consensus, reading various forums, is that spring is in fact running 3 weeks to a month late compared to recent years. The coldest winter since 1981 has kept the natural world locked up tight, substantially setting back the blossoming of trees and spring flowers, and delaying the emergence of hibernating insects such as bumblebees, and red admiral and peacock butterflies.

Over the last 15 to 20 years, spring has advanced considerably because of the warming climate – according to the Met Office, Britain's average temperature has increased by a full degree centigrade since 1970 – and by mid-February in most years, blossom and spring flowers are in evidence, as well as butterflies on warm days. But this year the natural world is only just awakening. At the Royal Botanic Gardens, Kew for example, where a friend of mine works, the million or so Crocus tommasinianus which form a quite spectacular carpet of pale violet began to flower on Friday – whereas they were out in early February last year.

At Brandon Marsh we are now beginning to see the faintest signs of spring emerging with Celendine (pictured) and Daffodil, plus the Bluebells of New Hare Covert now appearing above the windfall. On a birding front we still await the first call of Chiffchaff, probably sometime this week, and the arrival of Lesser Spotted Woodpecker, usually located in Horsetail Glade. Today 2 welcome arrivals of Redshank appeared on East Marsh Pool and as in previous years will hopefully breed. Bittern sightings have been less prolific but 1 on Teal Pool Bund showed briefly yesterday. A Brimstone butterfly was also reported on the reserve today and yesterday I recorded 2 Kingfisher skimming across East Marsh Pool. The real spring is definitely in the air but for someone who's as impatient as me it can't come quickly enough.
Posted by boatbirder at 14:32