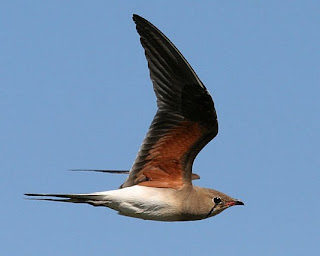 We never actually managed to get to the local observation point on Friday evening in search of Eagles, and in fact we still haven’t managed to visit as yet, mainly due to getting caught up in beer and conversation in the late afternoons. However, we will definitely get there before our return to the UK on Thursday.

Yesterday morning (Saturday 15th) a walk around the hotel grounds surprisingly produced a nesting Sardinian Warbler and after lunch at the marina we took a drive out to the nearby Isla Cristina to do some sightseeing and a little birding. A walk along the beach produced a nice group of Sanderling, some mobile Little Egret and Little Tern plus White Stork and Flamingo over. Temperatures had risen to 25C by now and the wind had dropped so we took some shelter in a nearby Pine Wood, which produced a pleasant walk back to the car with Azure-winged Magpie, Firecrest, Crested Tit, Serin, and Wood Lark on the way.

Today (Sunday 16th) is our 1st wedding anniversary and like the perfect husband I took my lovely wife on a mornings birding expedition. We took a 40-minute drive over the Ria Guadiana to the Portuguese side of the river to Castro Marim. Leaving the road just prior to the town we came upon a series of lagoons and parked up for a brief walk. Lots of Black-winged Stilt constantly calling overhead, Dunlin and Avocet and the amazing sight of our first Eagle on this visit as a Short-toed came floating over, much to the distress of the nesting Waders. Other birds of note were: Black-eared Wheatear, Sardinian Warbler, Reed Warbler, Sanderling, Common and Green Sandpiper, Bee-eater, the constant Zitting Cisticola, Knot, Little Stint, Spotted Redshank, and the usual Cattle and Little Egret.

Driving on skirting the village on the N122 we arrived at our second planned area, which runs alongside the Guadiana. Here there are two sets of saltpans and an area of flood plain for Little Bustard, Lesser Short-toed Larks and Collared Pratincole (pictured), two out of three observed on our visit with two Collared Praticole and three Short-toed Lark, but unfortunately no sign of any Little Bustard! As we continued on, several mosquito bites later, we’d recorded Black Tern, Little Tern, Thekla and Crested Lark, Shelduck, more Flamingo, Raven, Spotted Flycatcher, Kentish, Ringed and Golden Plover, along with the usual selection of Gulls, including Yellow-legged and Mediterranean. Also keeping us company today on our travels were lots of Clouded Yellow Butterfly, always a pleasure to see.
Posted by boatbirder at 18:05