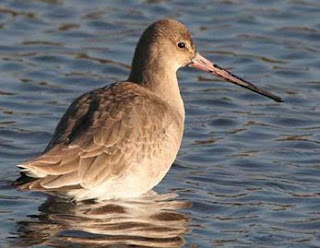 Early morning visit to Brandon Marsh today and more Grasshopper Warbler, 2 easily audible from the path leading past Newlands, one of which could be seen low in a Willow near the bench, and a single bird on the top reed bed later in the day. A single Cuckoo was perched and calling in the big dead tree at Carlton Hide very early on, but no further signs after departing West.

No sign today of the Lesser Whitethroat which I'd located on previous visits near the Sheep Field area but plenty of Common Whitethroat were visible, a lack of Garden Warbler too with no birds heard singing during my stay. Reed Warblers however, now seem to have taken over from Sedge Warbler on the singing front, the latter probably already beginning to pair up.

As you would imagine lots of Butterflies around enjoying the spring heat today with my first two Speckled Wood of the year. Male and Female Orange Tip seem to be in abundance already and early signs of a good Butterfly Summer with Peacock, Green-Vein, Comma, Small White and Small Tortoiseshell also recorded in decent numbers for the time of year.

Yesterdays reported 6 Black-tailed Godwit (pictured) had reduced to 5 birds, firstly on East Marsh Pool but then spending most of the time during my visit on Teal and River Pools. Common Tern had increased to 4 birds, JR having 6 early on, and the usual Little Ringed and Ringed Plovers along with 2 Redshank and 4 Oystercatcher at one stage. The best of the day arrived at around 1.30pm with my 1st Hobby of the year at Brandon with a single bird heading straight toward the Big Hide from Newlands, before departing East.

Finally I've just received a text reporting a Marsh Harrier at Brandon from an excellent source, typically spotted shortly after I'd left today! Well you can't win em all!! A nice day out to Draycote Water to look forward to tomorrow.
Posted by boatbirder at 16:12