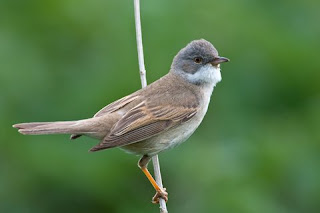 Where to start really. I seem to be spending every waking hour down at Brandon Marsh lately trying to pick off the spring arrivals as they fly in overnight, and to be honest I've not done too badly recently, credit must also go to my wonderful wife who gets a rude awakening each morning at 5.30am as I crash around the boat getting organised!

Yesterdays highlight (Friday 9th) was a single Yellow Wagtail, my first of the year, which gave a brief but enjoyable visit on Wigeon Bank first thing. Prior to this I recorded 3 more Sedge Warbler which could be heard singing across Newlands from the No Entry sign. I definitely missed out on Thursday though, when I spent the day in Liverpool visiting mum, as one of the conservation team picked up the first Grasshopper Warbler while transiting across Newlands Reedbed. Also recorded on Thursday was the first concrete evidence of Lesser Spotted Woodpecker on site, as Max Silverman managed to snap a record shot of a single bird in Horsetail Glade.

This morning I set off at around 6am but got a nice shock as I stepped out onto the pontoon, NO! I didn't fall in, but did hear my first Cuckoo of 2010 calling from somewhere over near Napton Reservoir. I arrived at Brandon full of hope but to be honest things were pretty quiet in comparison to previous days, or am I getting slightly complacent? I picked up the usual numbers of Willow Warbler, Chiffchaff and Blackcap but had a complete blank on Sedge Warbler. An Oystercatcher is now sitting, plus another 3 were also around and I further recorded 2 Little Ringed Plover, 1 Ringed Plover and 2 Redshank on East Marsh Pool. However, a nice highlight was 2 Grey Wagtail which landed briefly on Tern Island.

Things did get better around mid morning while I was sitting in the Steetley Hide. Totally unexpectedly I heard the call of a Little Owl coming from across the Central Marsh Area and so went to investigate. As I approached the large Black Poplar on the central path, probably the biggest tree on the reserve, a single bird took flight and headed off west towards the River Avon, my first Little Owl at Brandon and quite a rare visitor too. A walk on the 'Tip' area before breakfast produced more Butterfly with Peacock, Comma, Small Tortoiseshell, Orange Tip and Brimstone, plus an 18" long Grass Snake which slithered away as I past the Lafarge wash outlet.

In the Nature Centre later while having a bacon butty I was alerted to a possible Whitethroat (pictured) near the Sheep Field gate, and so off I went. Sure enough I was greeted with my first of the Spring and thanks to Chris, you were spot on! A final stop at the Baldwin Hide produced 3 more Grass Snake, two of which were probably mating, and so after a slow start not a bad day at all, Cuckoo tomorrow?
Posted by boatbirder at 14:14